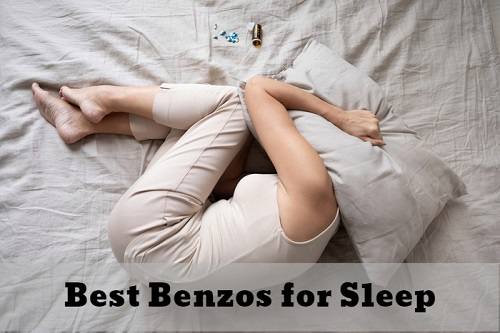 The majority of people suffering from any form of sleep disorder started experiencing it from a very young age and may continue to suffer insomnia every night, right into adulthood. Excess nerve activity is believed to cause anxiety, restlessness, and sleep disorders. Various sleeping aids exist to help restore sleep these people, and among them are benzodiazepines.

Benzos, also known as prescription tranquilizers, are hypnotic medications with sedation effects that cause drowsiness, thereby enabling people with sleeping disorders and anxiety attacks to get adequate sleep. They are also useful to those with panic attacks, muscle spasms, seizures, premenstrual syndrome (PMS), and alcohol withdrawal. These medications work by engaging gamma-aminobutyric acid (GABA), a neurotransmitter in the brain, leading to the relaxation of the muscles and nerves.

Not all benzos are designed for sleep; however, their sedation properties make most of them great for short term insomnia treatment. The majority of them, when taken over a long period, become addictive, causing depression and hampering sleep. With multiple variants out there, it is therefore crucial that one takes the right benzo, at an appropriate duration, and with medical counsel.

Here Are The Best Benzos For Sleep 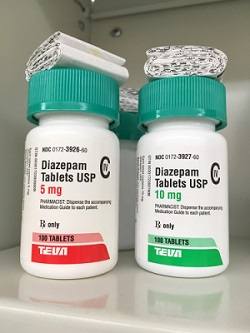 This benzodiazepine is taken orally in liquid or tablet form and helps an individual to sleep by calming the brain and nerves. Dosage is dependent on the age and medical condition of the user. Valium’s effect kicks in about 15minutes after ingestion and can last in the body for more than 24 hours. Its effects could reach a peak point within an hour and then decline gradually. Increasing the dosage may cause more sleep disturbances, and an immediate stop may lead to withdrawal symptoms. Valium, being a brand-name medication, may cost more than other generic forms of diazepam. 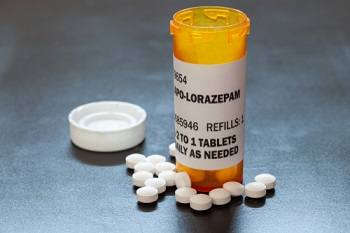 Just like valium, Ativan can be taken in liquid or tablet form. Intravenous Ativan can also be used if specified or necessary. Its prescription is usually for those who have insomnia and are unable to sleep for long periods. Ativan is often prescribed for short term use only and under medical supervision. The dosage will depend on the seriousness of insomnia in patients and their ages. Patients may begin to experience its effects about 15 minutes after intake, which could last for up to 10 to 20 hours. Users are advised to strictly follow the doctor’s prescription and not take more doses to hasten its effects. 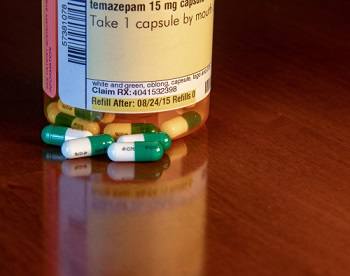 Restoril is available in capsule form and administered orally. As a temazepam type of benzo, Restoril is a sleep medicine that relaxes the body and could cause drowsiness. It is meant for short term treatment (about 10 – 14days) of sleep challenges such as trouble falling asleep and difficulty maintaining deep sleep. Restoril should be taken at bedtime and not before it. It has less frequent and fewer side effects compared to other benzos. 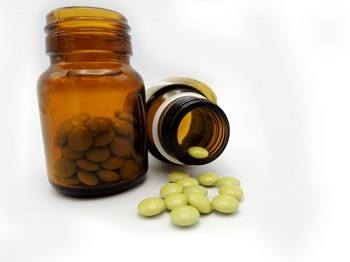 Halcion controls the chemical imbalances in the brain that cause insomnia. It works by reducing transmission between the nerve cells and the brain, thereby inducing sleep and muscle relaxation in the user.  The fact that it acts fast and takes effect in about 10 to 15 minutes after ingestion is the reason why it should be taken at bedtime. Its effects can last for up to six hours, making it great for one who needs several hours of sleep. 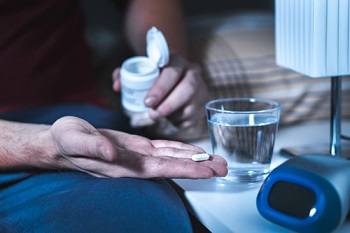 Dalmane is a sedative-hypnotic that can treat insomnia and similar sleep problems. It provides a great night’s sleep by helping the user fall asleep fast without waking up at intervals during the night. Dalmane is administered orally, right before bedtime, and dosage should be based on age. The use of this medication should not exceed two weeks. If insomnia persists after this time, your doctor has to prescribe another form of treatment.

Type of sleep problem: Benzodiazepines are known as sedatives that slow down the central nervous system and benefit people dealing with sleep challenges and anxiety. However, the kind of sleep challenge one suffers from determines the sleeping pills that the doctor can prescribe for such a person. Benzos are mostly for individuals with sleep problems relating to stress, grief, and anxiety. It is not for those with chronic insomnia. Severe cases require cognitive behavioral therapy. Better sleeping habits may help casual sleeplessness.

Side Effects: Benzos’ side effects depend on various factors, such as the mode of intake, age, and weight of the user. These effects include blurred vision, amnesia, headache, excitement, daytime drowsiness, and depression. Instant withdrawal also has effects like relapse symptoms, rebound insomnia, a false feeling of no self-worth, seizures, and sweating. Side effects also vary based on the type of benzos you are using and the length of time you have used one. For instance, prolonged usage and high doses may cause suicidal thoughts, psychological dependence, and addictions. However, using it within the prescribed time frame and withdrawing gradually often ensures that there are little or no side effects.

Length of Usage: Benzos that aid sleeping is recommended for use, temporarily. Some highly effective ones, such as Temazepam, are to be used in less than one week. The longest time for benzos used as sleeping pills is actually about two weeks. Repeated or more prolonged usage makes them less effective at sedation and worsens insomnia, forcing the user to increase the dosage to get the desired effect. Prolonged use should be avoided. If one notices dependence on these drugs, he/she should consult a doctor for advice on withdrawal. The drugs need to be taken only when the user wants to sleep and not administered frequently.

The onset of Action and Half-Life: Three types of benzos exist based on the time it takes for the effect of the drug to kick in. These are the long-acting, short-acting, and the medium acting benzos. The short-acting ones have durations of action that is less than 8 hours and may cause rebound insomnia. They comprise of triazolam and temazepam. Flurazepam and diazepam are long-acting benzos. These agents begin almost immediately to take effect after intake. Their duration of action varies from 24 to 72 hours. The medium acting benzos, such as Lorazepam and Librium, takes about 20-30 minutes to work with a period of operation of about 10 to 20 hours. The age of the user also determines the rate of intake and absorption by the body.

What benzodiazepines are prescribed for insomnia?

Insomnia can either be a problem falling and staying asleep or even finding yourself being sleepy very early in the morning. In general, it is unsatisfying sleep that affects the day’s functions. Benzos are sleeping aids that treat insomnia, anxiety, seizures, and can be used as sedatives in surgery procedures. The most common benzo sleep aids are Halcion and Restoril. Valium and Ativan are good. They are, however, mostly used to curb anxiety attacks. Quick-acting benzos are most useful to those with issues falling asleep. The medium-acting ones help people with trouble staying asleep and also people that keeping waking at intervals during sleep.

Which is the most potent benzodiazepine?

Benzos are great for short term use and are great because most people enduring sleeplessness only need a little jolt to get off. These medications are to be used with prescriptions from a doctor. Ativan, which is often used to relieve anxiety-related sleeplessness and panic attacks, is one of the strongest benzos. Halcion works fast and can become addictive. Librium, one of the first known benzos, is not as strong as most. However, its low potency is the reason why abusers take it in high doses and eventually become dependent.

What is considered long term use of benzodiazepines?

Since benzos are addictive, they are for short period usage. Using it for more than two weeks can be ascribed as long term use and may lead to side effects. The user becomes irritable and moody, subsequently abusing the drug, leading to an overdose since prolonged use makes it less effective. Also, withdrawal symptoms may arise.

What is an alternative to benzodiazepines?

Non-benzodiazepines such as Ramelteon and Zaleplon are safer long term treatments for insomnia, since they have fewer side effects, and cause lesser hangover feelings. Other non-drug alternatives include exercise, yoga, hypnosis psychotherapy, and cognitive behavioral therapy. The latter is a systematic process that guides you on things to do and when to do them to improve the ease of sleep.

When should benzodiazepines be prescribed?

Benzos are to be prescribed cautiously due to dependency and habit-forming issues. Prescriptions for sleep challenges are only when other options have been considered and proved ineffective. It should be for mild cases of insomnia or the ones due to stress and grief. Severe insomnia requires a more proactive assessment to discover if there is an underlying medical condition. Beneficial effects of benzos lessen in less than three weeks, and usage should be stopped to ensure that the situation does not worsen, thereby increasing the symptoms and harming the user.

Stress and anxiety trigger sleeplessness and prevent some individuals from having restful sleep when needed. Certain benzos help initiate sleep, ensuring that users wake up feeling rejuvenated. Although they help people with sleep challenges, they are not for long term use due to several side effects that can result in chemical imbalance and other health concerns. Benzos are only to be used on prescription by a medical professional.